Game Design - A look back

The first commit of AquaNautic is from the beginning of September 2019, about half a year ago, so it's time to take a little look back at the development.

Before that there was already a small prototype, which we started in another programming language.
But the technical aspects will be discussed another time.
The idea for AquaNautic came to us during the development of "Lehnsherr". Since everything there was "only" 2D, the next game should make more out of the performance of mobile devices. So the idea to make a 3D game was very close.

But according to our own experience many 3D games can't be controlled very precisely via touchscreen or are limited to the usual race-and-wipe mechanics. That's probably one reason why even today most of the games on this market are still 2D, although the hardware could do much more. So it was important for us to have a game concept that can be controlled well via touchscreen but still doesn't look too simple in terms of gameplay.

Another point for our game idea was the fact that many mobile games are very colorful and have a colorful look. Here we wanted to go a different way, too.
So our starting point was a 3D game with a gameplay that is easy to play by touch control and has a darker look.

The idea to make a submarine game where the player has to collect tanks and bring them to stations was born quickly.

We don't want to hide the first draft of the game here:

And this is how it looks like in the current version:

Of course, many ideas were added in the course of development and others eventually disappeared from the game. But the basic concept remained and proved to be solid for us.
For example, the idea for the story mode came to us later. In the beginning it was planned that the stations would all be finished and you could only improve your ship, but that was not enough for us. So the background story and the guided story came into play.

The advantage was also that you could get a better grip on the player at the beginning. Now you could slowly introduce the player to the game mechanics and he wasn't let go on the whole world without knowing what to do.

Sketch of the controls: 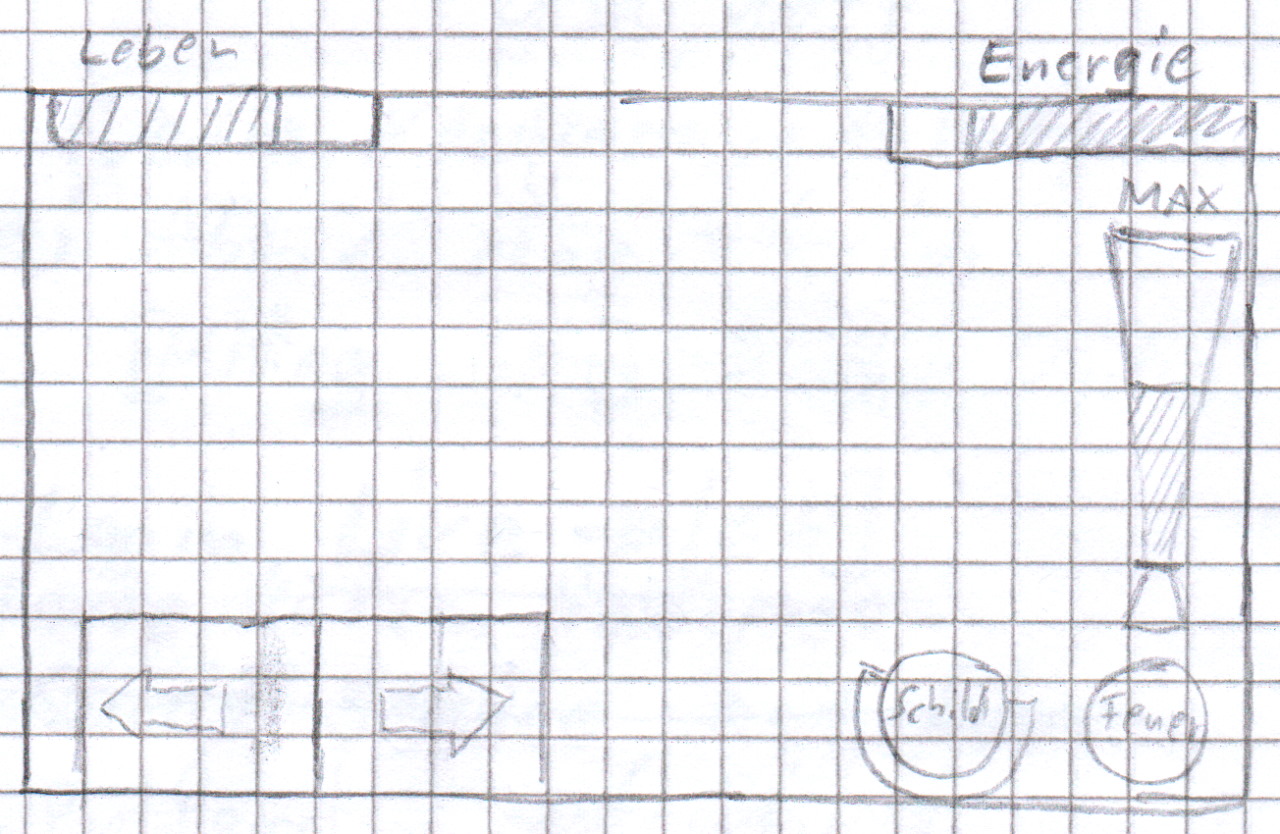 Explore the deep sea and collect resources, build new mines and other stations!